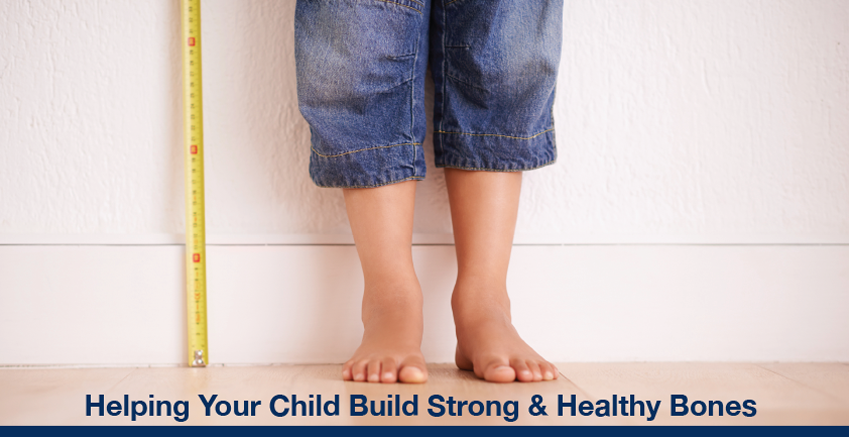 As a good parent, you want your child to have strong, healthy bones. Having healthy bones over a lifetime begins in childhood because this is when strong bones are built. In fact, if significant bone mass isn’t developed in childhood, bones are weak and fractures become a problem. Research also indicates that having weak and brittle bones in old age starts in childhood if proper nutrition is missing. Building bone mass and strength requires the right nutrients.

Most of us know that calcium, magnesium, and vitamin D are central to bone health. But did you know that vitamin K is a significant contributor to bone mass and density? Here’s why: calcium and magnesium need help from support nutrients that I call nutrient transporters. Vitamin D3 is one transporter and vitamin K2 is another. Recent research with children showed that those with higher vitamin K2 status had more bone mass, which leads to stronger bones. [1-2]

Vitamin K is a fat-based vitamin. Vitamins A, D, and E are the other fat-based vitamins. Vitamin K has several roles in the body, in addition to supporting healthy bones. There are two natural forms of vitamin K: simply stated, K1 works in the liver and K2 also helps with bone and heart health. K2 is found in some foods but the richest sources are fermented cheeses and soybeans.